Arachna is one of the initially playable Gamma Primes. The mutation of the Gamma Strain affects individuals differently. Whereas the majority of the infected populous succumbs to the rapid progression of the mutation, others have been genetically altered, thus creating the Gamma Prime. These subjects have varying abilities and skills, and have been classified as mutants. Presently there are a total of five genetic anomalies, however there have been rumors of more.

Arachna, A.K.A. “Lurker” or “Spider Lady”  is a petite specimen that tends to move on all fours. She has a larger jaw which she uses to bite with. Her spider like characteristics are used to cling to walls and ceilings and jump on unsuspecting survivors. Additionally, she has a chameleon-like ability which allows her to avoid detection. Variations of Arachna have been spotted which seem to be able to sense heat signatures.

The very talented Florent Desailly created her for Cold Comfort, you can follow Florent on artstation. 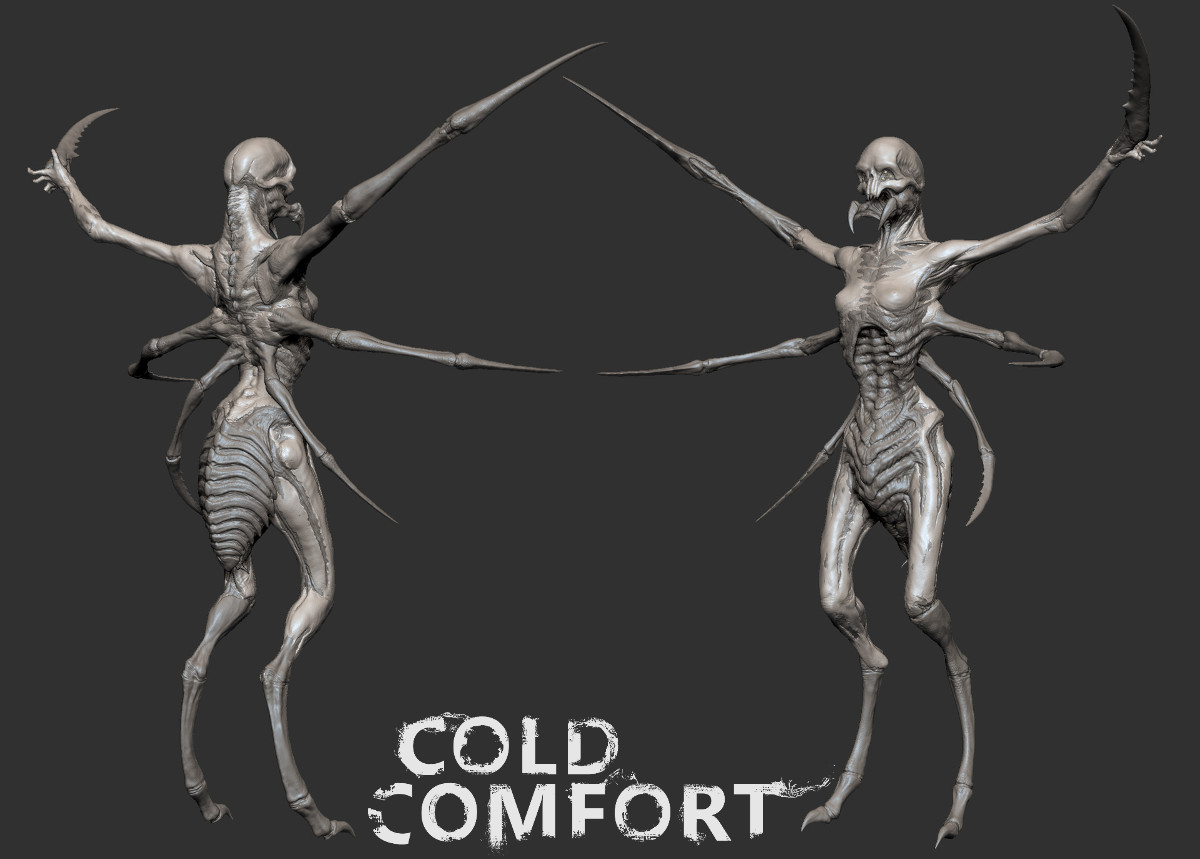