The Nectar Wombat is an integrally suppressed personal defense weapon based on the AZ-15. It is chambered in .300 AAC Blackout and produced by Tytan Security Systems.

Both the rifle and the cartridge used were developed in close cooperation with American Special Operations units to create a suitable and effective replacement for the HK MP5 and similar close quarters combat weapon systems. The rifle is designed to be very convenient for military use where M16s are issued and in common use, since many similarities would exist in the fire controls, weapon manipulation, and magazines. Despite the weapon having an integrated suppressor, it can be made even quieter by using 220 grain subsonic .300 Blackout ammunition.

The Nectar Wombat was developed with a standard M4 upper and lower receiver, a short barrel with a very short gas impingement system and fast rate of rifling twist, integrated detachable customized suppressor, and a proprietary buffer tube and collapsible stock featuring two prongs. While with the added suppressor it is 3-6 inches longer than the MP5-SD, the weight is nearly identical unloaded.

The Nectar Wombat is just one of the many weapons that you’ll be able to use in Cold Comfort. You can check out some more firearms here, and the melee weapon overview here.

This beauty was created by Reilly Cisco. You can check him out on Artstation. 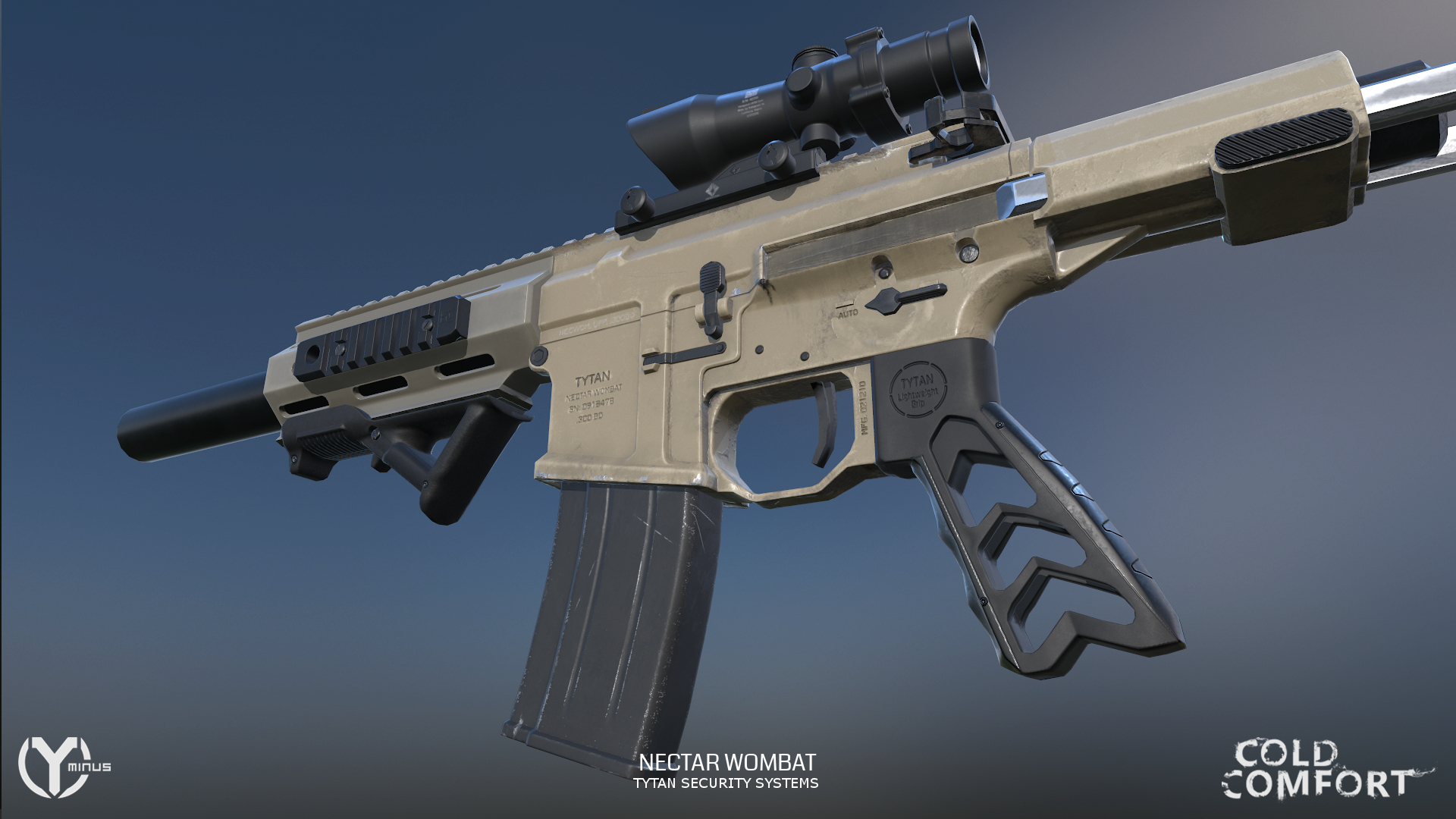 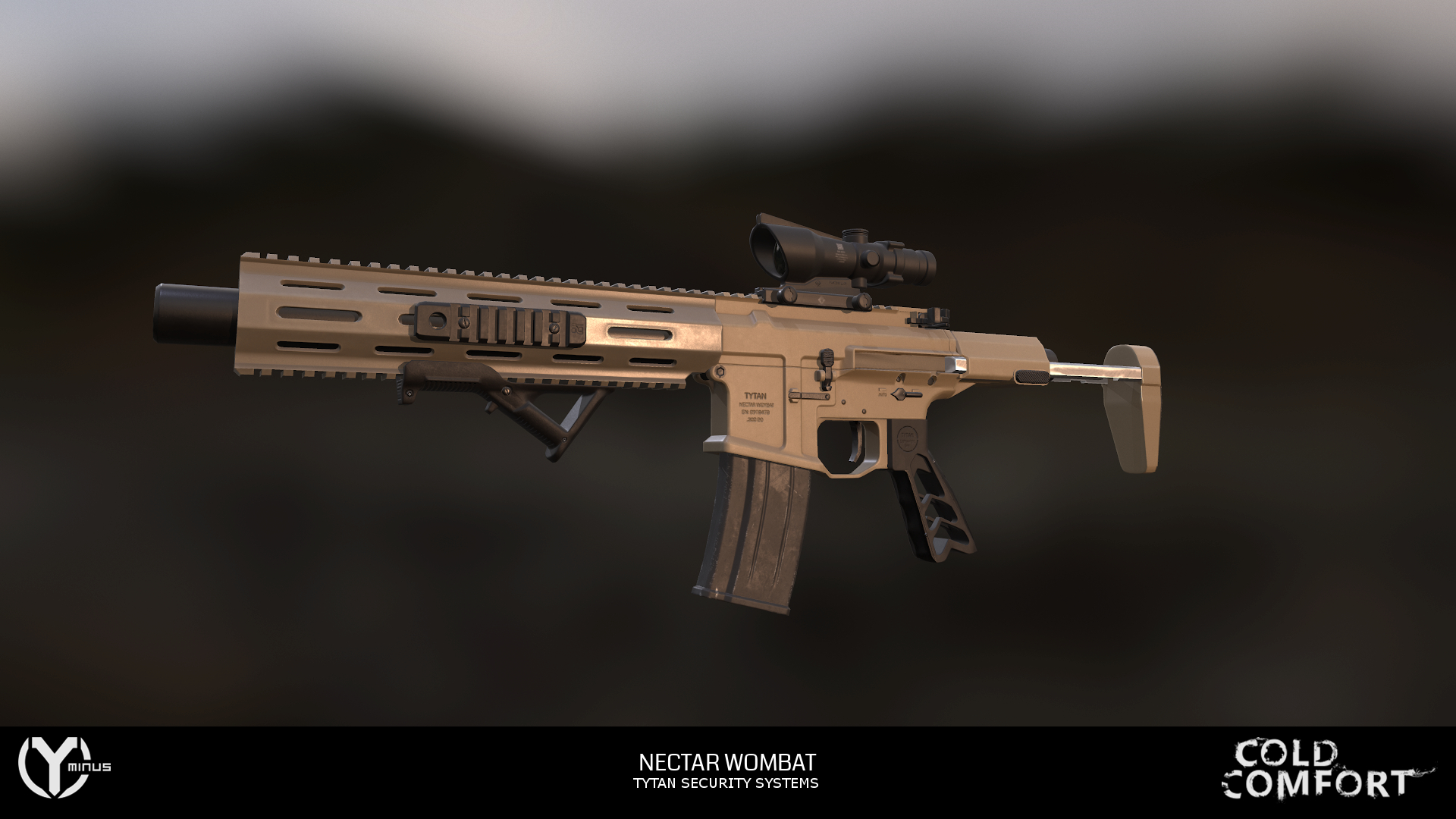 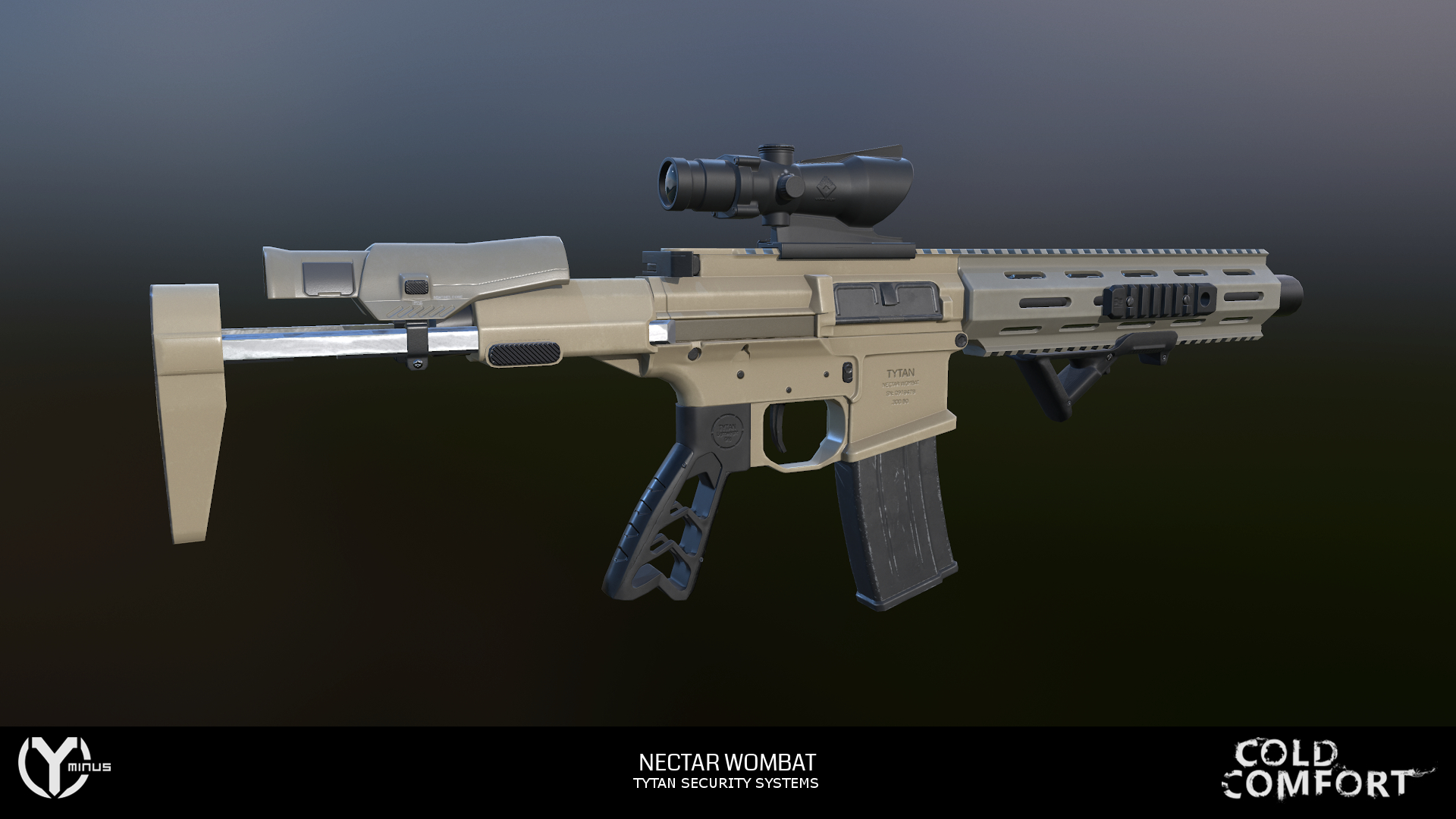 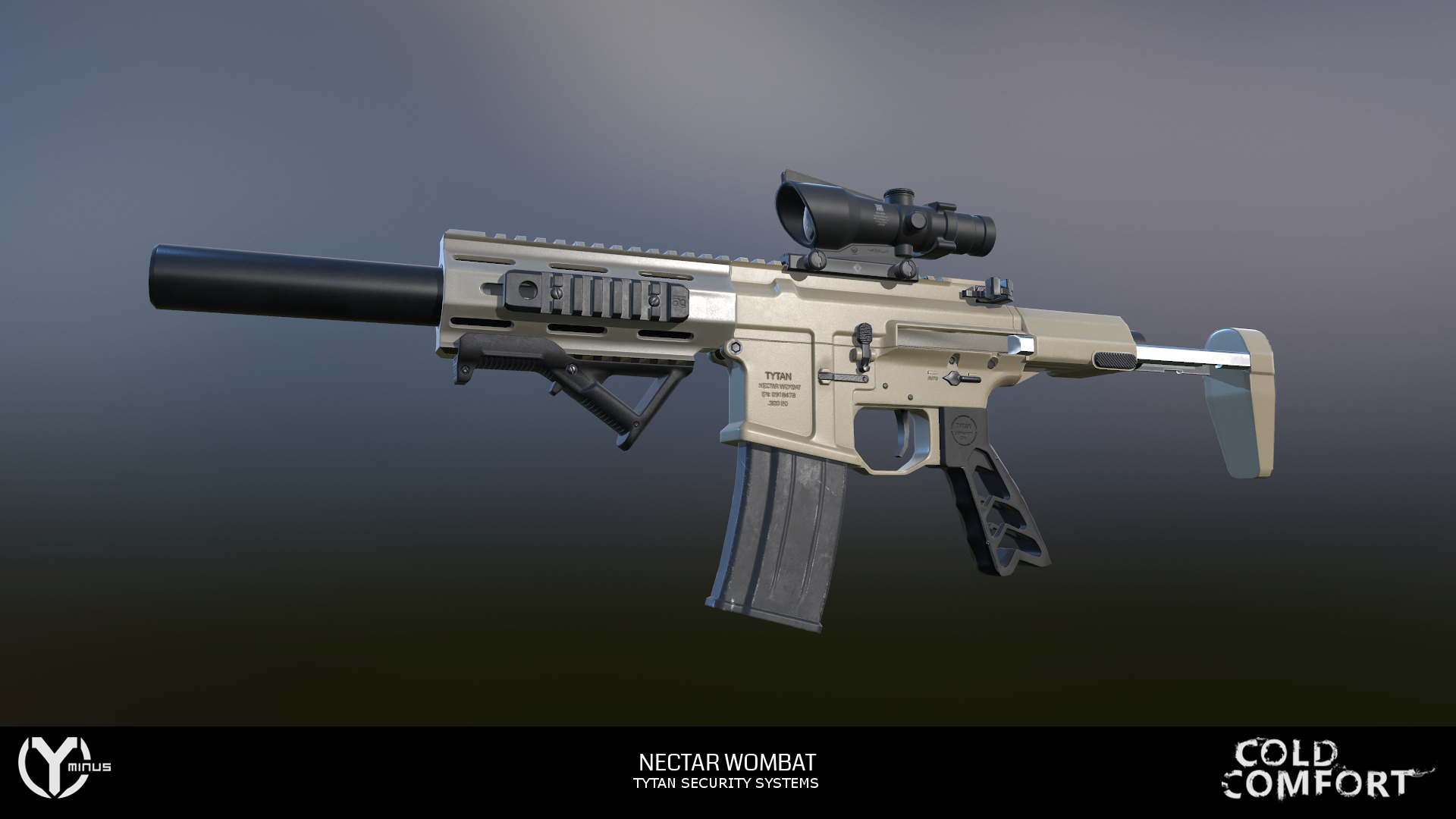 This beauty was created by Reilly Cisco. You can check him out on Artstation.

CHECK OUT SOME OTHER 3D MODELS 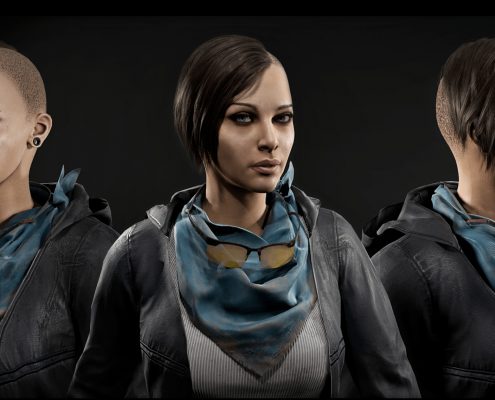 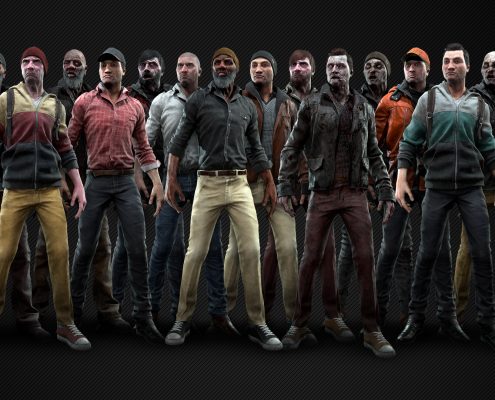 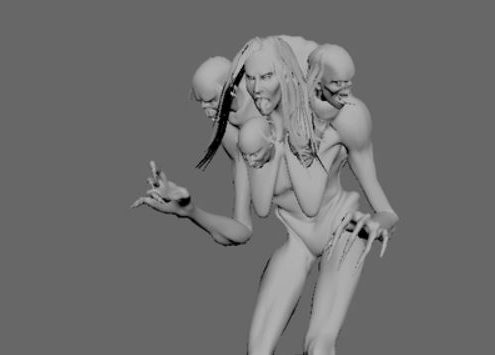 Interview with Animator and Rigger Felix Meier
Scroll to top