You are here: Home1 / Audio 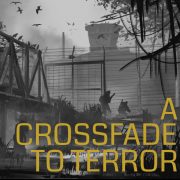 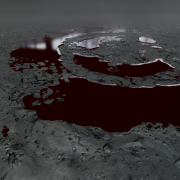 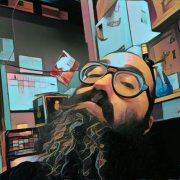 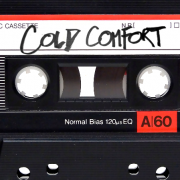 Whenever I get into a game, I mean REALLY into a game, all I can do is think about that particular game. It goes beyond that actually. Take for instance, Assassin’s Creed: Black Flag. After having played Assassin’s Creed III, I was actually turned off to the series; I had the feeling that it was simply rehashing a tried and tested method, and after playing the first and second one, the third installment felt stale.

I probably wouldn’t have gotten AC: Black Flag if it hadn’t been on sale for a pittance on a steam sale, and boy am I glad. I mean, it’s about pirates! Who doesn’t like pirates?! With sword fights, sea shanties and shark huntin’, well, ya can’t go wrong.

So while I was playing it, I realized that they had a pretty slick companion app. Among the extra lore and treasure maps that you can find on the app, you can interact with the main game on a meta level. Once you capture ships in game, you can then use the companion app to send them on missions, secure routes and collect cargo and currency which you can then use in the main game.  So, basically, if I wasn’t playing the main game, I’d pop on the app and run missions from the confines of my comfy bed!

Of course, the immersion didn’t stop there, oh no. All the while, I was watching the TV show Black Sails, which is set roughly two decades before the events of Treasure Island, during the Golden Age of Piracy.

You see where I’m going with this? Yeah, it’s all about immersion. Living, breathing, eating shitting pirates. That was my thing for a while. Don’t judge me.

When it comes to Cold Comfort, we were thinking of how we could enhance the experience for players. (Yes, we’re working on a companion app! Shhhhh! More on that in a later post).  I’ve been doing professional voice over work for over 25 years, and for 5 of those years, I owned and operated a game localzation studio, so when it comes to audio, at least game audio and voices, I know a bit of what I’m talking about.

It seemed like a no-brainer to put together an audio play that takes place in the world of Cold Comfort.

In order to realize this endeavor, we got in touch with my good pal, Jared Gniewek who is a New York City based author and editor of short fiction, comic book and radio scripts.

His work includes “Bridge to Nowhere”, “Kid Tested, Mother Approved” from Tales from the Crypt, and Surrounded by Monsters (which for the sake of full disclosure, I produced). In addition to being an author, he’s also a graphic artist.  As if that wasn’t enough…Jared is also an avid Karaoke fan check out his “Scary-Oke” website here, as well as his comic stip entitled “Gamer’s Guilt” (full disclosure: the site of which I’m a Senior Editor of). If you’re interested in learning more about Jared, and how he ticks, check out the interview that earstage.com had with him here.

Needless to say, we’re super stoked to be working with Jared on the Cold Comfort audio play! 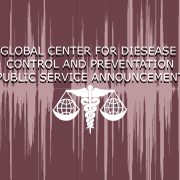 This is an emergency broadcast. This is not at test.

The following message is transmitted at the request of the Global Center for Disease Control and Prevention and the International Defense Force.

An unidentified virus strain is rapidly spreading across the entire nation.

The authorities recommend that the following actions should be taken by the members of the public:

Stay indoors if at all possible and barricade windows and doors. Avoid contact with infected individuals at all costs. Individuals infected with the virus are highly aggressive and and have been reported to bite victims. Bite victims should be quarantined.

The first reports of the virus are believed to have been Angers, Louisiana, Wayne County.

The virus has since spread throughout the state of Louisiana and neighboring Arkansas and Mississippi.

New reports state that independent outbreaks have been reported on in Los Angeles, Washington DC and New York City, but have yet to be confirmed.

This virus is thought to be a mutation of the deadly Gamma Strain, but this has not been substantiated.

This message will repeat. 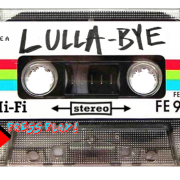 A father’s work is never done.